Order By 12/12 for Christmas Delivery in the US! 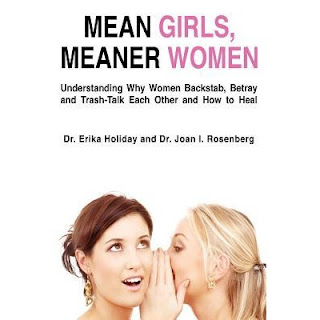 One thing I have learned over the decades of friendships is the cliques and cat girl clashes from high school don't end there. High School is training you for what is to come. What you thought was mean in high school only gets meaner and more conniving as you get older.

I have been betrayed by other females my whole life, which happens quite often to woman everywhere. From that mean note sent to me by all the girls in 4th grade to my best friend calling me nasty names and posting it publically on Facebook to the most recent event is hard to deal with. That intense feeling of being backstabbed and hurt by your same gender and someone you thought was your friend is hard to overcome. The pain caused by females you consider friends hurts at the deepest levels. 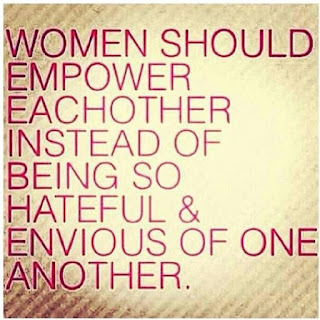 Writing for me is my outlet. So this is where I will share my stories in hopes to help others, and to help myself overcome. I will begin with my story, then after the story will be signs to look for and links to other web pages. The sad part about this story is it's not about teenaged girls but grown women.

My Story of Betrayed By a Friend

At the beginning of this year, I was excited for the start of what I thought was going to be an awesome Jeep Girl friendship. A friendship with someone in the same town I lived in. Oh --- how I misread that friendship, and quickly found out how wrong I was about this new friend.

I met a woman who was selling her ex-husband's lifted Jeep. She needed money for an attorney to get back custody of her kids. My boyfriend and I agreed to help her sell the Jeep. About two days later, the Jeep sold. It felt good we were able to help her so quickly.

A couple of weeks later we listed a rescued -- from the crusher, needs a lot of work, older Jeep -- CJ on marketplace. That same woman reached out to me wanting to buy the fixer upper Jeep. Surprised by her message, I wondered if she worked out her custody arrangement with her ex.

She came to the shop to make the purchase, and we struck up a friendship. I was excited to have a new "Jeep Girl" friend with similar interests. At that time, I had no idea the betrayal I would be facing in the near future.

What happened over the next three months was a betrayal I had never experienced before. There were times I felt I was in a bad movie or bad dream.

Once the sale of the Jeep was made, I figured it would be gone from our shop. I did not realize she had no experience restoring old Jeeps. This Jeep needed a lot of work. I hadn't realized my boyfriend made arrangements to help get the Jeep running better with an engine upgrade. Nothing out of the ordinary since we were running a 4x4 repair shop.

The next thing I knew we were spending late nights in the shop working on the "Crusher Jeep" as I liked to call it. My new Jeep Girl friend had no other place to do the work. However, it wasn't the engine being worked on. A new front bumper was fabricated as well as a new winch installed mostly by my boyfriend. I felt out of the loop as no one shared with me these "wrenching events" were happening.

In my mind I thought {Okay so we do "wrenching favors" for Jeep friends right?}  At the same time something didn't feel right in my gut. Maybe because I saw her "befriending" one of our male friends, who was crushing on her, at the same time she lusted after one of our other male friends. Both these friends were part of our shop in some fashion. I saw disaster in the near future, a crumbling of our business.

As time went on, her communication with me faded away to almost no contact, but I noticed she was still stopping by the shop and communicating exclusively with my boyfriend. While at the shop this wanna be Jeep Girl would still talk to me. There would be condescending comments made. One time she pointed out to my boyfriend, who was a big vintage, old school Jeep fan, how she was an old school Jeep Girl and I was a just "school bus" Jeep Girl. School Bus was the term my boyfriend gave my Jeep because it was a newer, four door Jeep Wrangler. It was a common joke. I even remember seeing that snarky smirk on her face. It was like a bad B movie camera shot.

Early on in our new found friendship, I privately shared some of my struggles with her as she seemed to be going through similar struggles with her ex. Later, she made it known to my boyfriend and some friends I had mood swings. She believed it could be related to a thyroid issue and she was trying to help. At one point another friend gave me liquid THC (legal in Colorado) to help calm me down.

The list of conniving incidents are many. I shared with my boyfriend, I knew there was private communication between the two of them and it was inappropriate. I shared she was playing a game. I also shared she would be the downfall of our business. That all fell to deaf ears. Those deaf ears is a whole other story in itself for another time.

One day we planned a trail ride with our friends. She was in big time game playing mode. First, she failed to inform the group, our friend crushing on her, was running late, so we left without him. He obviously was very angry at us for leaving him behind, not knowing she didn't pass on the message because the guy she was lusting after was in the group. Yes, I know sounds like a typical high school mean girls movie. I still can't believe it really was happening, it was surreal and unbelievable. It was also very frustrating no one else saw what I was seeing. I began to question my inner gut and sanity.

Then as we headed out for the trail, I was in the lead, the trail guide. The trail guide leads the group to the trail. As we headed out of town the group stopped on the side of the rode behind me, so I pulled off to wait for them. The next thing I knew the group was gone so I went in search of the Jeeps.  Turns out she was a head of the pack leading them the wrong direction. By the time I caught up, I was angry they had left me behind. I made it clear I was angry giving her the ammunition to prove I had mood swings. My partner didn't back me and accused me of being an "insert bad word". I decided not to stay, and left.

Later that evening, they hadn't come back and I was worried. This woman who I thought was my Jeep Girl friend never reached out to me to make sure I was okay and to ask why I left. I ended up finding them at our shop hanging out and drinking beers. I shared my frustration with the group of being left behind. She only looked at me and said "I am sorry you feel that way". My partner did nothing to support or back my frustrations of being left behind. Even denying he knew that was not the correct trail we were heading to. Again... another story for another time.

She was playing a game and I was on to that game. She played it so well that others fell for it. My relationship began to get more and more strained. They began texting more and chatting on the phone. I only confirmed this later. (a story for another time)  I would come by the shop and she was there helping him or they would be working on her Jeep. She was even using tools I had begged to be taught to use.

At one point he even gifted her a possession of his because her ex had taken all those same possessions she once had. I was shocked. Thinking back now on our whole relationship, I never received a gift from him.

I am now free of both my boyfriend and this woman who I thought was going to be a friend. Now I am able to begin to heal and overcome the deep seeded hurt.  I know one day this will make me stronger and it helps me to learn to set boundaries for myself. I know I am not crazy like she shared with him and I know I don't have mood swings. Plus, I know my inner gut was right. I will never again deny that feeling. 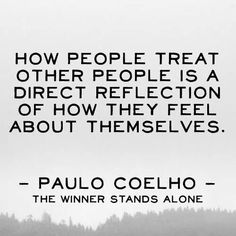 Trust your instincts, your inner gut as they are never wrong.  You don't need to see something isn't right with your own eyes to know something isn't right. You get that feeling in your gut that tells you something is unbalanced. Remind yourself you aren't crazy. The is your intuition talking to you, so start listening to it. If your heart starts racing, and you feel an uneasy feeling deep inside, there could be a reason why you’re feeling anxious.

She will text him or communicate with him behind your back. Texting a friend’s boyfriend or husband is a major no-no. They most likely are texting to get closer to him.

Signs To Look Out For