Neil and I have spent the past two weeks wrenching on Jeeps and other vehicles. There was continued work on "Weedbrownie" the LJ Xtreme Mash Up. Every couple of weeks Corey the owner comes and hangs out to help. That's always a fun time! Neil also took on working on a Cherokee. The job started out as a crossmember replacement. Once Neil took a look underneath the XJ he was shocked. This poor Jeep was a hack job. It ended up needing new shocks because the ones on it were too short for the 4" lift. 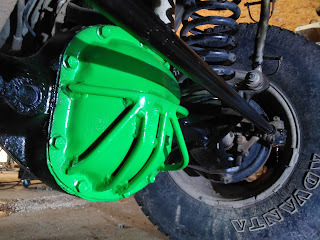 In the end we did a Super 44 axle swap, added new shocks, and new break lines. Neil even threw in beefing up the stock diff covers. 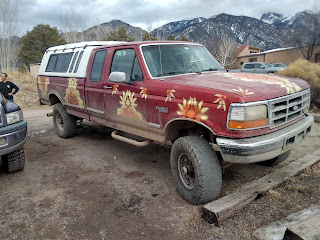 Last weekend we found a good deal on a Ford F-250 with a 7.3. Although Neil wasn't too pleased with the paint job. The truck was at Burning Man with it's owner. There is also a roof top tent. 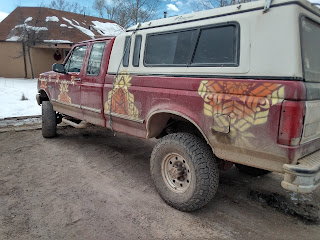 When we arrived the owner informed us of a noise she heard while driving the truck. Well Neil took a look. YIKES!!! the driveshaft wasn't connected to anything and their was a hole in the transfer case. There was also an ignition problem. So she dropped the price considerably. 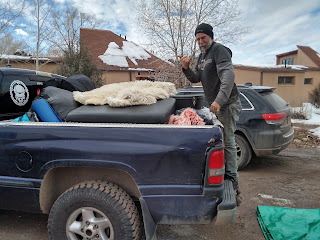 Part of the deal we had to drive her and two of her team members to Boulder. We loaded up all their stuff and hit the road. It was actually a fun conversation and we made some new friends.