F﻿ree US Shipping on All Inserts an Decals! 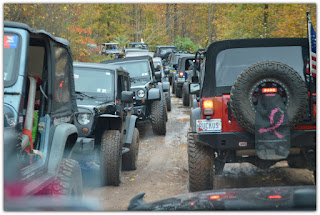 Being a Jeep owner is more than just owning a Jeep. It's being part of an amazing, supportive community like no other. When I bought my Jeep five years ago, I never in a million years expected it to change my life. 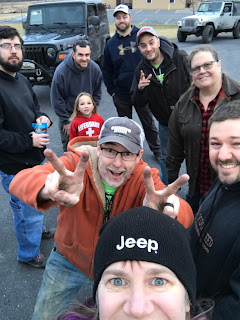 I never expected to meet so many wonderful, awesome people. My Jeep has been so good for my soul. My soul which was so lost five years ago. Now to be apart of this Jeep community that is so full of caring and acceptance brings so much joy and happiness. I have met so many great friends I would have never met had it not been for my Jeep.

I am not the only one who has had life changing experiences with being a Jeep owner. My Jeep friend Matt has a wonderful story too.

When Matt was a young kid he describes himself as a super shy, awkward kid. He was bullied, and by the 7th grade he was contemplating suicide. From school to just about everything in his life was crumbling.

One day he met his cousins neighbor. He was the coolest guy he had ever met. He was also really great with all the neighborhood kids, and this guy had a Jeep.

Matt started thinking he could be cool like this guy. So he decided when he turned 16 he would get a Jeep. His focus became saving for a Jeep.

He was still shy when he became a Jeep owner, but quickly realized how friendly other Jeepers were. His new Jeep friends were all ages from 20 to 70. He realized he had worth, and it didn't matter what all the bullies or anyone thought. It was then he became more confident and outgoing. That moment changed school for him, as well as life.

Now 30 years later he is still driving a Jeep and not caring what others think. He doesn't have to because he is part of this awesome, amazing Jeep community that has his back.