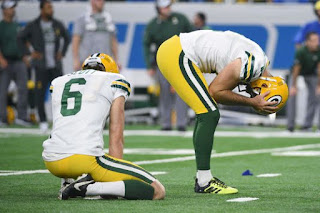 This NFL season there have been several kickers plagued by bad luck. In one game the Green Bay Packers kicker, Mason Crosby, a very accurate kicker missed four field goals and an extra point. 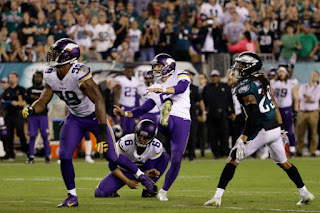 That same Sunday the Minnesota Vikings Kicker missed two field goals. The Vikings had previously dropped a kicker from their roster for missing several key kicks in games early in the season. The Cleveland Browns had their share of disappointment from missed kicks from their kicker as well. 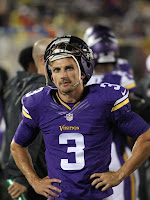 Well, Minnesota fans are no strangers to the kicker curse as we have felt the pain for years as our kickers in the past have prevented us from moving on in the playoffs and several heartbreaking losses due to missed field goals or extra points. 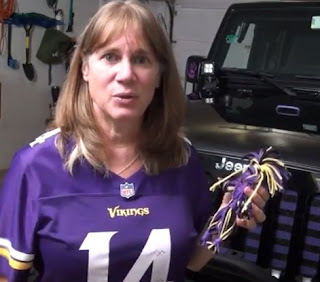 So I decided to find a way to break the NFL Kicker Curse. Tonight I will try this curse breaker then will have to wait til Sunday to see if it works. Meanwhile last night I added some extra good luck by making a JuJu doll. Scroll down this post for a link to the YouTube vidoe


How To Break a Curse

During a new moon, today is the new moon ~~ OCTOBER 9th ~~ at dawn, dusk, noon, or midnight draw yourself a bath. Get a cup of salt ready then say this prayer:
(If you miss the new moon you can use any Thursday.)


“In the names of our ancestors, our god, and myself and all Vikings Fans and Players everywhere, I call upon thee, oh creatures of Earth and Water. Come forth, cleanse the Minnesota Vikings of all evil and alien magicks, and restore them to balance and health. By our wills combined, so mote it be.”

After you say the prayer, pour the salt into the bath then get in. Once in the bath relax for at least ten minutes by calming yourself. There needs to be a point were you are completely submerged in the salt water. When you’re ready to get out, wash every single inch of your body so you are sure all the salt water has washed away.
When you’re done, say this prayer:

“I thank thee, oh creatures of Earth and Water, in the name of myself and all Vikings fans and players , my god, and my ancestors. Be released to your homes, doing no harm on your way, and return to me with glad hearts when next you are summoned. By our wills combined, so mote it be.”
Another way to ward off the bad luck is by making a "Good Luck" JuJu doll in 10 easy steps. I posted a YouTube Video on how to do this.

How To Break the NFL Kicker Curse 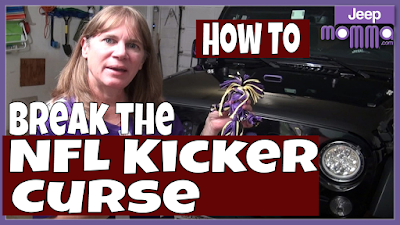