Once again we woke up in chilly temperatures, but were able to lounge for a bit since it wasn't a rush day. We decided we wanted to tour Salt Fork State Park since we were there. They had some interesting points of interest we wanted to see. 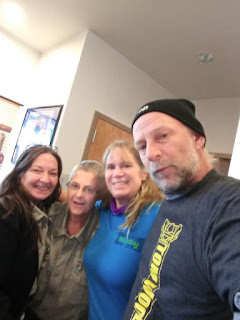 The first stop, of course, was the visitors center for coffee. Neil is an absolute bear (grumpy old man) until he has at least one or two cups of coffee. Unfortunately they were out of "public" coffee, but Neil sweet talked his way with the receptionist and she whipped up a special cup. I was rolling my eyes the whole time! 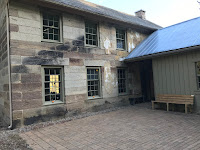 After Neil got his dose of caffeine we were off to see the sights at Salt Fork State Park. There are many to see but we had time for just a couple. 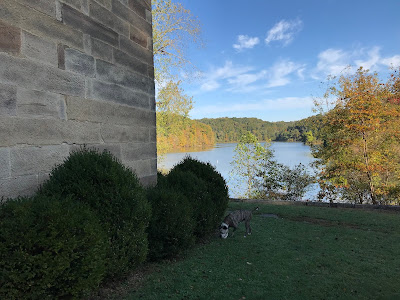 The first stop was the Kennedy Stone House which was built in the 1800's by Benjamin Kennedy. What a perfect location for a home! 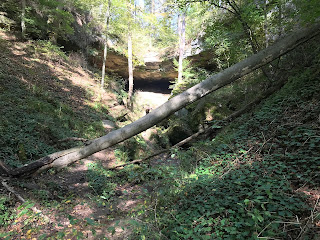 Then it was off too Hosack's Cave Falls a 60 foot high sandstone cliff with a rocky overhang and a roomy rock shelter. Neil was amazed at the formation. I thought it was okay. The whole park reminded me of state parks in Maryland. 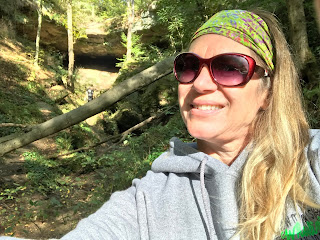 I was very eager and impatient to get out west! I wanted to see the red rocks, cactus, mountains and all those cool scenes I hadn't seen for 35 years. 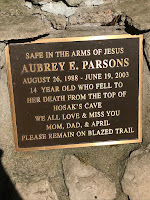 What struck me about the Hosack's Cave was the tragedy of a 14 year old girl who fell to her death in 2003. It seems others have died her as well. 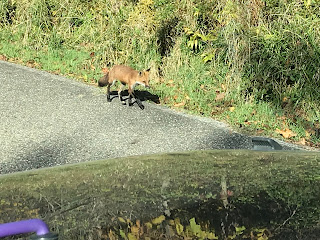 As we were headed out of the park on our way to L.T. Wright Knives for our tour, a creature was taking a leisurely stroll along the side of the road. Again Neil was amazed as he had never seen a fox up close and personal.


I am thinking Neil needs to spend a little more time on the East Coast. 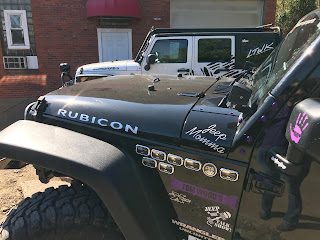 Neil and I reached L.T. Wright Knives just before lunch. I was very surprised at how big the knife shop was. I was honestly expecting a small shed in the back of someone's house. 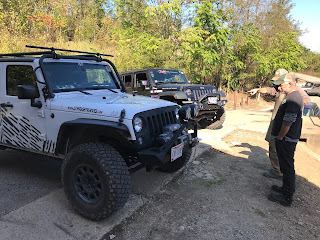 However, this shop was way more than I ever imagined. L.T. Wright also had several craftsmen working for him. Take a peak at our live interview with L.T. Wright and the tour video of the knife shop. They make excellent handcrafted state of the art knives. 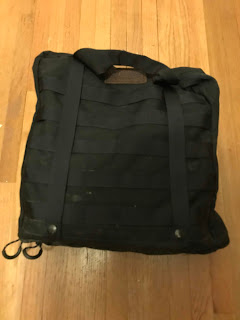 While on the tour L.T. share with us about the company who designed the bag for the camp knives and hooked us up for a tour of their facility in Virginia the next day.

This is were Neil and I really began to understand what it means to let the adventure lead you. Not only were we getting the opportunity to tour Blue Ridge Overland Gear (video coming soon), we were going to have dinner with my overland inspiration Dan Grec. 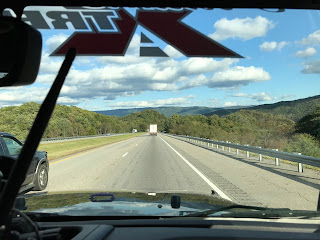 After the tour we headed to a small town in Ohio where Neil spent his high school years. We met his daughter for a dinner at my favorite, a Mexican restaurant. Then it was on to Wheeling, Virginia. I have to admit this is where I needed the creature comforts of home. It was raining and I didn't feel like setting up our tent in the pouring rain so I booked a room for the three of us.