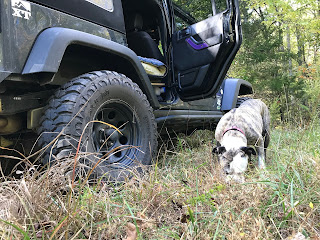 This was the day I finally understood the meaning of let the adventure lead you, and it sure doesn't lead you wrong...when you let go. Neil and I woke up and gave the guys at Blue Ridge Overland Gear a call. They are located in Bedford, Virginia a few hours from my home in Maryland, so I made a full circle. 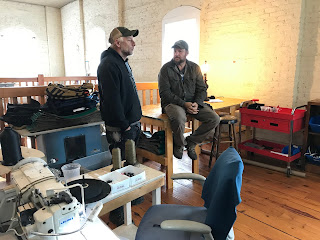 During our tour of the knife shop, L.T. Wright put us in touch with the guys from Blue Ridge. They were practically down the street, and on our path to the Trans America Trail. 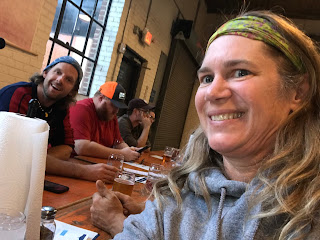 We set up a tour of their small town shop for the next day. The best part was yet to come. Matt ,the owner of the company, invited us to a dinner with some overlanders that evening. To my surprise Dan Grec, The Road Chose Me, was attending. 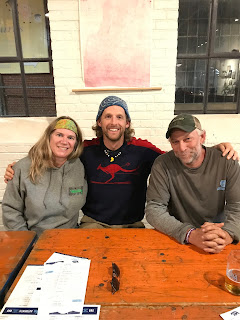 Both Neil and I were extremely thrilled to be meeting Dan Grec. The original plan was to attend one of his classes at the Overland Expo East the weekend before which we missed. 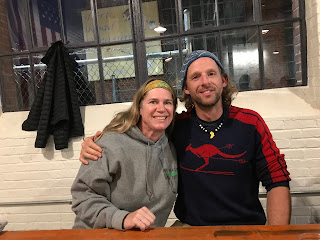 The dinner was amazing, I'm afraid I hogged all the time with Dan. I had interviewed him while I was a host on the Jeep Talk Show and followed his journey across Africa. He inspired me to do my own adventure and to be able to hear about his adventure first hand was amazing. 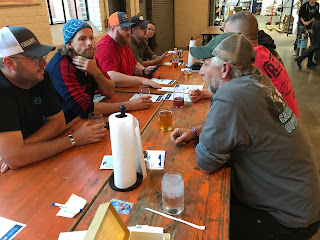 Both Neil and I asked question after question. His stories are inspiring. You can catch his first adventure in North America in his book The Road Chose Me. 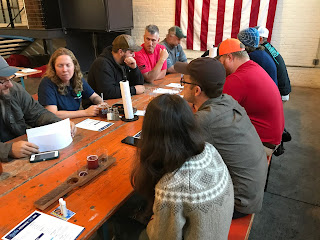 During dinner that night, we were invited to attend the Roof Top Tent Rally happening at St. James State Park in Virginia that weekend. Another great surprise! 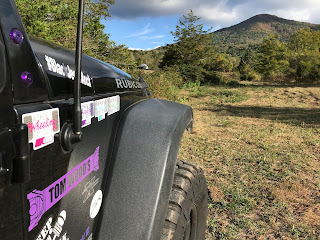 With winds howling and temperatures dropping Matt with Blue Ridge Overland found us a really awesome campsite in the Blue Ridge Mountains away from civilization. The only thing we needed to worry about was the local bear and several cows. 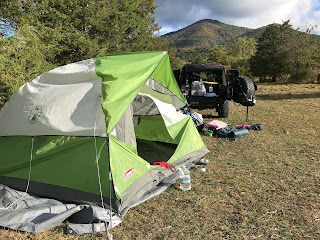 Neil and I quickly set up camp in the whistling wind and went to sleep with smiles on our faces. Not only did we  have a one on one conversation with Dan, he was going to be at the Roof Top Tent Rally as well!