At Under The Sun Inserts, we’re working to keep you informed on the latest developments stemming from the recent outbreak of COVID-19. ALL orders are shipping on time, although domestic USPS services are experiencing delivery delays. USPS Priority Mail and First Class Package Services will likely see their two to three-day delivery windows extended to three or four day. 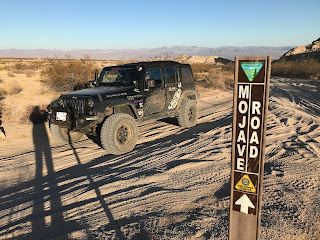 As we left Kingman, Neil and I were looking forward to the isolation of Mojave Road. It  is an historic route across the Mojave Desert. A route from the Native Americans back in the day, but later became a thoroughfare for Spanish missionaries, explorers and settlers. 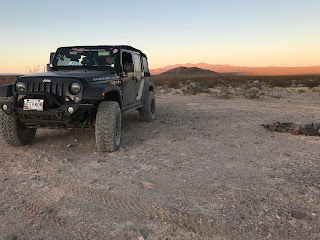 The GAIA app sure helped keep us on track as there are so many two tracks, gravel roads, and wash outs in the desert. Plus, Neil has an amazing sense of direction. 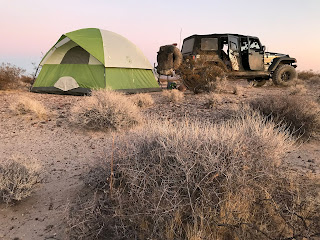 He also knows how to pick a great campsite. Before the sunset, we found a nice quiet spot along the road to set up camp and make some dinner. 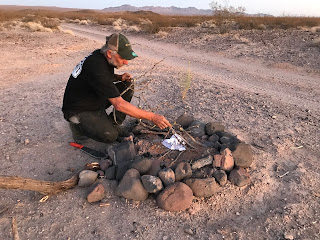 It was really nice to be out in the middle of nowhere looking at all the stars by a campfire. Something I could do every night. 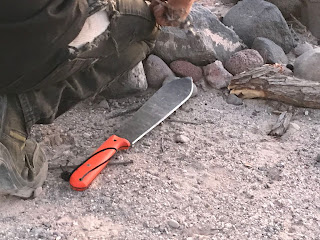 Neil is the king of campfires.
All he needs is wood and his trusty machete from L.T. Wright Knives. 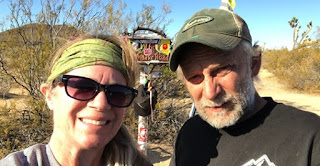 The next day we looked forward to finding some of Mojave Roads history spots. I was excited when we found the mailbox. 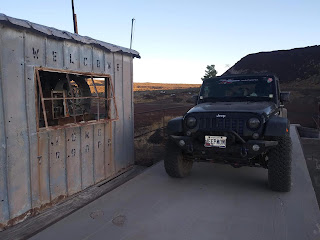 We also found an old "ghost town". It was actually an old lava rock mine with everything left to rust. 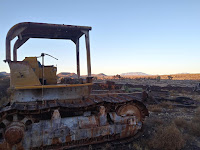 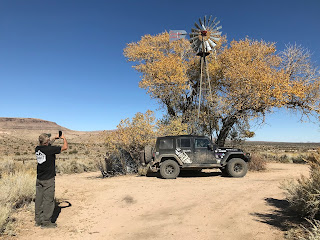 A windmill still turns at an old watering spot for the travelers back in the day. Old structures still stand and I wonder who lived here. 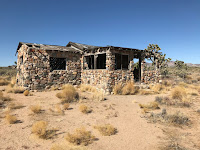 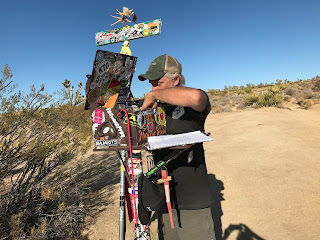 There was still so much more to see but we had places to go and people to meet, so we jumped off Mojave Road, and headed towards the coast of California as our goal was San Diego. 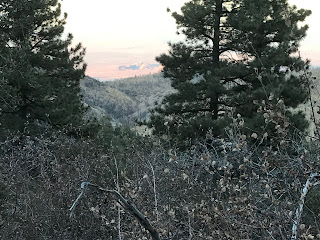 On our way to Long Beach where we were going to hit the coastal highway down to San Diego we passed through Big Bear, California. 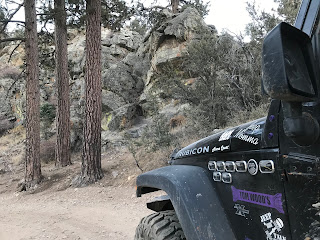 Big Bear, California is home to three Jeep Badge of Honor Trails. Little did I realize we were on one when I suggested a detour of a scenic drive. Not only was is scenic, but I freaked out from the heights. I  decided the trail was too much for me, and we turned around.


However, we were able to hit the trail again on the way back and I was able to complete the trail. 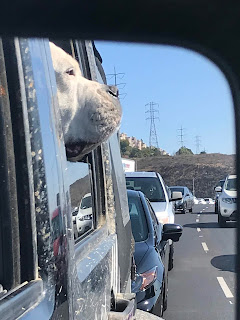 We finally made it to the coast and spent the day driving down the coastal highway one. It was a nice drive all the way down to San Diego.
The best part was Jersey's reaction to hearing the ocean waves for the first time. 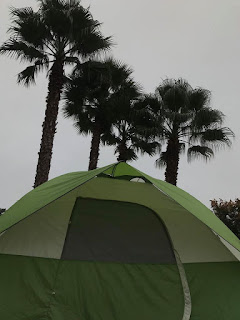 We set up camp at the KOA in San Diego which was odd for me to be camping in a city. 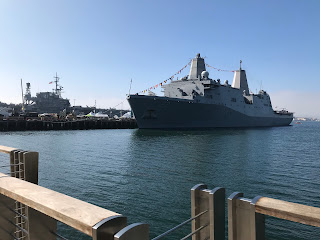 It was a night camping with sounds of sirens instead of coyotes, birds, and Big Foot. The next morning we headed to the city for a little tourist time. We went to the water front to check out all the ships. We also went to Coronado Beach to see the Navy Seals but it wasn't my lucky day. 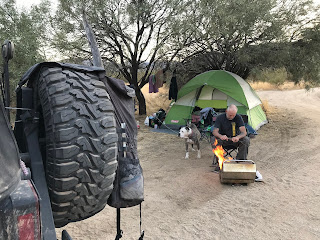 From San Diego it was on to Anzo-Borrego Desert where we were going to meet fellow Jeepers for some camping and wheeling. Neil and I arrived first for a night of peaceful camping by ourselves. 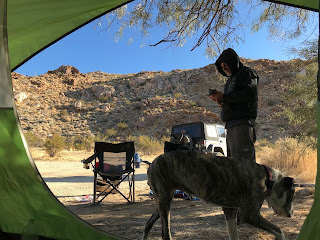 We found a nice spot under the shade of a tree. Jersey had a great time having the campsite to herself to smell all the new smells.

The Bittersweet End of Our Epic Journey Posted on April 20, 2020