Stay at Home Mom
When my first son was born I left my television news career to stay at home to raise him (and my youngest son). A decision I will never regret. However, after many years my boys began to need me less and less which lead me to start looking towards my second career.

I knew getting back in the news field wasn't an option as that flame to my old love diminished. So I was on to other possibilities, but not quite sure what I wanted my second career to be.

Back to Work
Getting back into the work force after being a stay at home mom for over 16 years has been extremely difficult. My resume has a big hole, but I filled it with my many, many volunteer jobs. That didn't seem to work as I have only received one interview in over 25 applications. Luckily, I had friends who started up an elevator fabrication company and went to work for them in the meantime.

I have been thinking about my long term plans and what I am passionate about. Contemplating my second career has weighed heavy on my mind as I need to plan for my future as well as have a back up plan. Life is moving way too fast to sit around waiting so I took action. 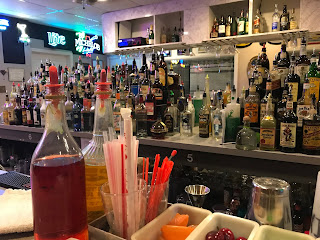 One day out of the blue I decided to search up bartending schools in the area not knowing if they existed. They exist, so I signed up. 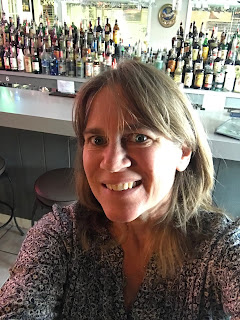 I took night classes for two weeks and had an absolute blast even though it was an exhausting two weeks with full time work and classes. At first I was very nervous about attending the class for several reasons.  Trying anything new and different is always hard. I knew I would be the oldest in the class and was worried about taking tests again. The last test I took was 33 years ago. 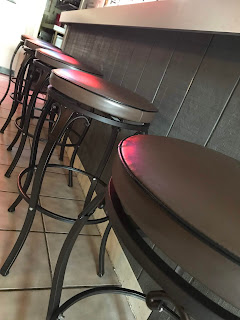 I was very hesitant to even go. I received some not so positive reactions from some neighborhood mom's but my close friends knew it would be perfect for me and offered the encouragement I needed. So I persevered and went to class. 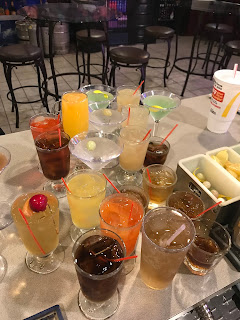 I enjoyed myself immensely. I looked forward to pouring and mixing of the drinks each night even though we were using colored water. I went in early everyday to practice using both hands to pour and get quicker. I ended up getting 100% on all my tests and poured 28 random drinks in 10 minutes. 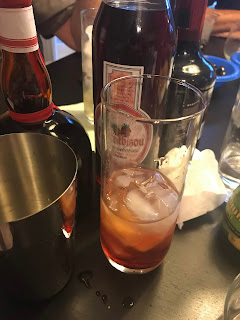 The weekend after I received my certificate I invited my friends over for some taste testing. I needed to test them out myself too since we were only pouring colored water. I will have to say I did a pretty good job. I made some tasty Chocolate Martinis 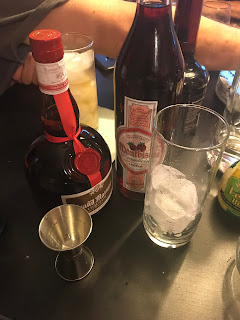 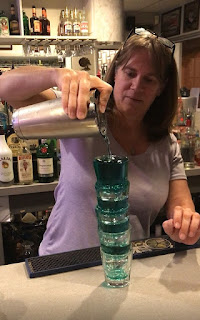 I think I will have to give this bartender gig a try especially since I love chatting it up with strangers. I'm also a pretty curious, social person. Who knows this may be my new passion.