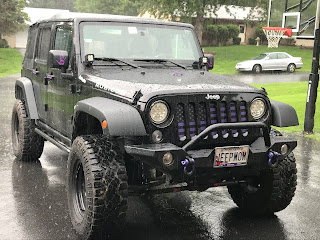 The JK/JKU's body and chassis were completely redesigned during the era when Jeep was part of Daimler Chrysler.

What is a Wrangler? The JK/JKU ~ Jeep Talk Show Podcast 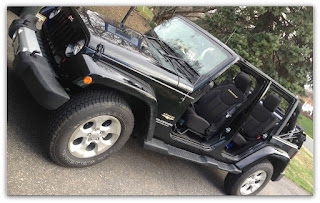 However, this third generation Wrangler continued to have a separate body and frame, rigid live axles both front and rear, a fold-flat windshield, and can be driven without doors. 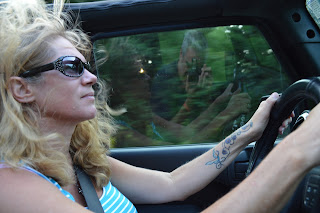 New Features to the JK/JKU Wrangler

The Sport base model is the "bare bones" Wrangler that can be customized to a buyer's specifications by adding such options as air conditioning and other accessories. It was originally called the "Wrangler X" until 2009. 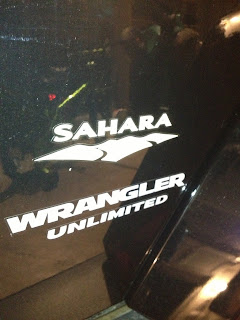 The Sahara model is the "luxury" model offering exterior-color fender flares and gold 'SAHARA' decals and stitched into the seats.The Sahara's and Sports have the Command Trac Shift on the fly part time 4WD. 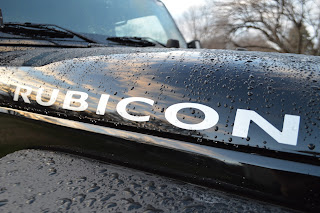 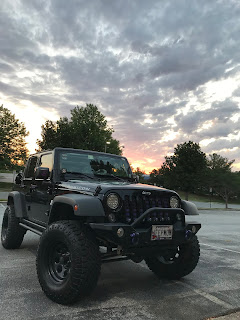 The features that really set the Rubicon apart are...

The Dana 44 Heavy-Duty axle not only reduces the joint angles of the driveshaft for better ride quality, but it also increases ground clearance.

The Rubicon has a 73.1:1 crawl ratio for better rock crawling and off-road performance. The Rock Trac System gives you more control and more torque  for superior off road performance with the 4:1 low gear ratio that lets you crawl at a lower speed with a greater increase in torque in all the wheels! 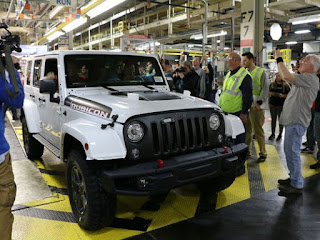 3 months ago the last JK rolled off the assembly line at the Toledo plant to make way for the JT Truck which will be assembled on the old JK line. They are in the process of retooling that line right now.