The cool thing about Neil is he doesn't stay angry. The night before we had a disagreement. Setting up the campsite was tense, you could feel the tension in the air. However, the next morning all was good.

The disagreement we had was about we were going to camp. It was about midnight when we were ready to put up the tent as we were trying to get as far into Tennessee as we could.

I wanted to hit the local campground, but Neil was suggesting the National Forest. Neil's way was free, mine we would of woke up the campground folks. I was being my stubborn self but Neil won out in the end, and of course he was right. I just wasn't understanding the whole dispersed camping. After that night I did.

We got up at the crack of dawn because we had a lot of miles to cover. We were aiming to get to Sam Corerro's place for the night. Sam is the originator of the Trans American Trail. The trail we were on. 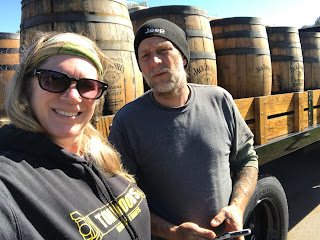 Just like our trip had been going we made a little detour. Along our route was the Jack Daniels distillery and they gave public tours. I certainly couldn't pass that up. 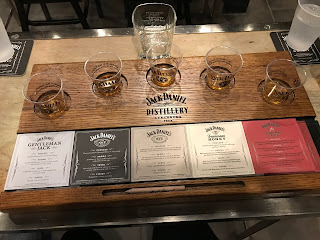 They also had a taste testing. Their black label whiskey was so smooth. They also have three flavored whiskey's that were tasty too. 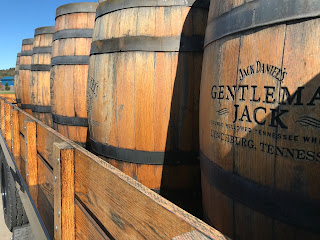 Both Neil and I found the tour very interesting and enjoyed it immensely. We were highly pleased with the tour, definitely worth the money. I highly recommend this tour if you are ever in the area.